This isn’t Violent Metaphor’s usual content, but it’s not as far away as you might think. We all want to have stronger skills for detecting pseudoscience and holding legitimate science to the highest standards. One of the most important skills for doing that is discriminating between hype and fact.

When it comes to science, I can’t do that. I’m not a scientist. What I am is a negotiator. I have spent years helping clients with their negotiations through training and consulting, and I have a new company doing exactly that.

Once Donald Trump became a serious contender for president people began asking me whether he’s really as great a negotiator as he claims to be. The answer is that based on the information we have, it’s very doubtful. Just as in science, the evidence matters more than the claims.

This is relevant to science and scientists in another way, too. There are strong indications that the administration and its Congressional allies will try to limit funding for scientific research. Those cuts will probably be resolved through political negotiations. Of course Trump won’t be the only negotiator at the table, or even the only negotiator on his side of the table. Nevertheless his style of negotiation is going to heavily influence the results. He’s likely to push hard to negotiate from a position of strength, which can distort the negotiations in harmful ways. This is a short and simple analysis of how that works. 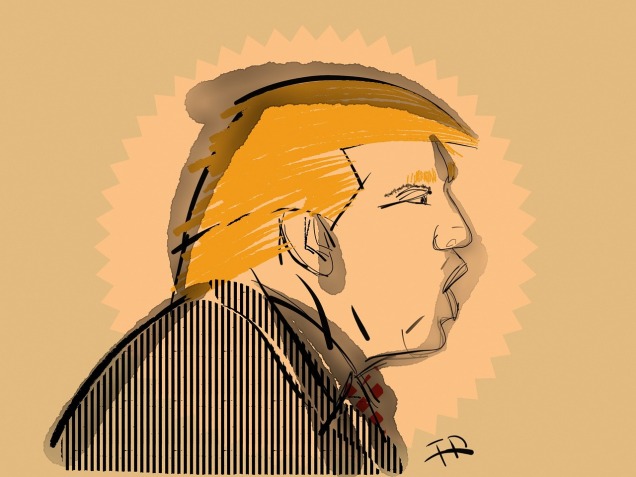 As a candidate, Donald Trump sold himself as a master negotiator. He probably isn’t. All the available evidence suggests that President Trump has a very limited set of aggressive negotiation skills. And without commenting on his performance as a politician or statesman, there is little information to suggest that he uses those skills well or can negotiate effectively without them.

First let’s be clear that we don’t have enough information to say for sure that Trump is a bad negotiator. The only way to fully, fairly assess his skills would be to carefully observe his negotiations, and virtually no one has been able to do that. We can’t assume anything from his wealth or business successes; good negotiation skills are crucial in business, but like many business owners Trump relies on professionals to negotiate for him. (I’ve personally met one of the negotiators who handles major real estate purchases for him.) Trump surely negotiates personally as well, but it’s impossible to distinguish his performance from his agents’ work without more inside information.

Without direct knowledge, we have to rely on public information and Trump’s reputation among negotiators. It’s not a flattering picture. I’ve spent many years working with, talking to, teaching, and learning from excellent negotiators. I often discuss and trade good examples, but in all those years we’ve never heard anyone praise Trump’s skills as a negotiator. Nor, in those many conversations, has anyone ever recommended any of his books. They’re not even on the same map as the books actual negotiators use to think about and refine their craft, like Getting to Yes or Negotiation Genius. Though that’s not necessarily Trump’s fault, as he didn’t write The Art of the Deal.

It’s Easy to Negotiate from Strength

A reputation alone doesn’t mean very much. We can check that impression by looking at what’s known about Trump’s negotiations, to see what it tells us about his strengths and weaknesses. That analysis strongly suggests that Trump lacks many of the skills that strong negotiators require. He’s best when negotiating from a position of strength. But he seems to need that strength to negotiate well. He overspends to create strength and we’re at a loss to find good examples of him negotiating without it. And that’s not consistent with great negotiations. Anyone can negotiate with enough power on their side; great negotiators can do it without.

To oversimplify, there are two types of negotiation: integrative and distributive. “Distributive” is dividing the pie, and trying to get the biggest piece for yourself. “Integrative” is win-win negotiating, or trying to make the pie bigger so that everyone gets a bigger piece than they would otherwise. Remember of course that this is an oversimplification.

Integrative tactics rely heavily on creativity, empathy, self control, and strong communication skills. You need to know what the other side wants, care about helping them achieve it, set aside your short-term desires for long-term mutual gains, and persuade other people to join you.

Persuasion and power are central to distributive tactics. If your goal is just to take the majority of the chips on the table right now, rather than work towards a bigger pot for everyone, you can rely more heavily on fast talking and explicit power.

From what we know about Trump’s negotiation style he seems to heavily favor aggressive, distributive tactics. For example, in business he developed a reputation for refusing to pay contractors. In negotiation terms, it’s walking away knowing that his best alternative is better than the other side’s. After all, the developer is usually in a better position to weather a lawsuit than a small contractor. That kind of tactic only works if you are powerful enough to ignore the other side’s complaints, you’re willing to sacrifice your relationship with them, and you don’t mind building a reputation as an untrustworthy partner.

Distributive tactics are an important part of negotiation, and all negotiators use them to some extent. Even if your goal is to grow the pie, you still want a bigger piece for yourself, so even the best negotiators use their power to benefit themselves. But it’s not their primary focus. The best negotiators are integrative, and spend just as much time thinking about how to benefit their counterparts. As a result, they can get better deals and preserve better relationships even if they aren’t in a position of strength.

Donald Trump is a successful businessperson and a master of self-promotion. He’s not a great negotiator.

I originally wrote this piece for my company’s nascent blog and posted a version of it on Quora. Thanks to Jenny for letting me post it here, too. Please note it’s not paid or sponsored content.

Since it was originally for the company I tried to stay away from politics, although I bet you can guess my opinions.

10 thoughts on “Is Donald Trump Really a Great Negotiator?”